O as in Obscurity 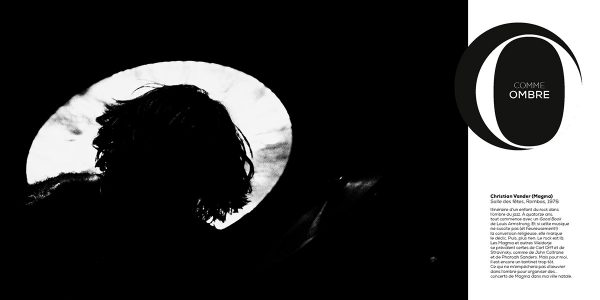 The career of a child of rock in the shadow of jazz. At the age of 14, everything started for me with a Louis Armstrong Good Book. And if that music did not (and happily!) give rise to a religious conversion, it triggered something. Then, nothing. Rock was there. The Magma and Weidorje groups certainly laid claim to Carl Orff and Stravinsky, as they did to John Coltrane and Pharoah Sanders. But for me, it was still a tad too early. Which would not stop me from working in the shadows to organize Magma concerts in my hometown.

This picture is published in my ABC FOR JAZZ LOVERS, the english version of my Abécédaire amoureux du jazz, a 180 pages book with a foreword by Marcus Miller, published by Snoeck and which bring together more than 200 jazz portraits took on stage and backstage all around the world for Jazz Hot magazine.